From Ben Thanh Market to My Tho Tourist

From Ben Thanh Market to My Tho Tourist, Welcome to Mekong Delta Tours Pick Up My Tho City, LAND TOUR MEKONG MY THO - BEN TRE. ITINERARY I: MY THO – THOI SON ISLAND – BEN TRE (02 – 03 hours) Pick guests up at Tourist Boat Station (My Tho). 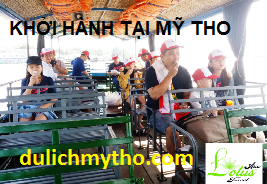 TIEN GIANG PROVICE: Tien Giang Tourism Company has invested in a hotel complex that will accommodate from 300 to 500 visitors. Characteristics: Approximately 400 to 500 boats filled with fruits, vegetables, and other products are anchored along the banks of the river, from 5 am to 5 pm every day.
The merchandise sold in each boat is hung on a pole in front of the boat to attract customers. Tien Giang Province: Thoi Son Island:  Thoi Son Island, accessible by a 45-minute boat ride on the Mekong River from Mytho City, is located in Chau Thanh District, Tien Giang Province.
Characteristics: The path through the island is bordered with fruit trees bearing plums, mangoes, and longans.
Since 1990, Thoi Son has become a tourist resort welcoming hundreds of visitors. The tiled-roof houses surrounded by many generations of fruit-bearing trees, the cozy little restaurants in bonsai tree gardens make of Thoi Son Island the ideal location for a short rest.

>>>> Can you enjoin : mekong delta tours

The path through the island is bordered with fruit trees bearing plums, mangoes, and longans. Visitors will also enjoy Con Phung Island, and coconut sweets and jams 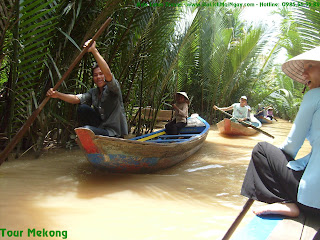 Characteristics: The architecture of the pagoda is a harmonious combination of Asian and European types of architecture, creating the splendid, but simple features of this Buddhist pagoda.

Vinh Trang Pagoda is the greatest pagoda of Tien Giang Province, in an area of 2,000m2 with many beautiful trees. The pagoda was built by Mr. and Mrs. Bui Cong Dat in the early 19th century. From 1849, the pagoda was managed by Buddhist Priest Hue Dang from Giac Lam Pagoda in Ho Chi Minh City. He led people to refine the pagoda and named it Vinh Trang Pagoda. The pagoda consists of 5 buildings, 2 ornamental yards, and 178 pillars.
Graves of Buddhist priests who took care of the pagoda are scattered around. These graves are decorated with carefully engraved flagstones

Tien Giang Province.  Cai Be Floating Market is held where the Tien Giang River forms the border between the provinces of Tien Giang, Vinh Long, and Ben Tre. It takes about one hour to reach the market from the town of Vinh Long Province.

Tien Giang Province. Dong Tam Snake-Breeding Farm
Dong Tam Snake-Breeding Farm is 12km from Mytho City, Tien Giang Province.
Characteristics: The snake farm is a center for breeding snakes producing venom for exportation.
Dong Tam is medicinal plant cultivation and the study and treatment of snake-bite.
There is a snake-breeding zone with dozens of species to feed or even to play with. There are also crocodiles and other species of birds and animals on hand.

Mekong Delta Tours Pick Up My Tho City 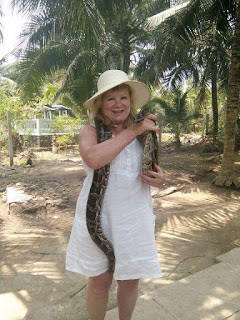 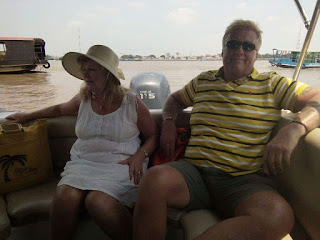 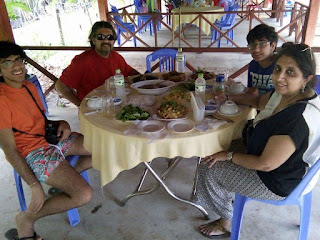 To sail up Tien river to Tan Thach canal (Ben Tre) to visit coconut candy workshop,handicraft workshop that are made from coconut wood. Have lunch at Viet Nhat restaurant 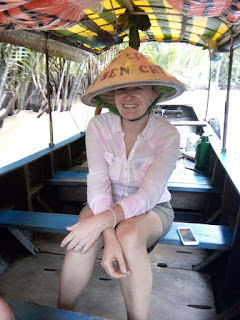 Come back boat and return My Tho. Finish tour Mekong Delta Tours Pick Up My Tho City

Mytho tourist - Travel Destinations at My Tho : 8 30.4 st Mytho city - Tien Giang . Coming to My Tho, travelers do not miss to visit Buu L... 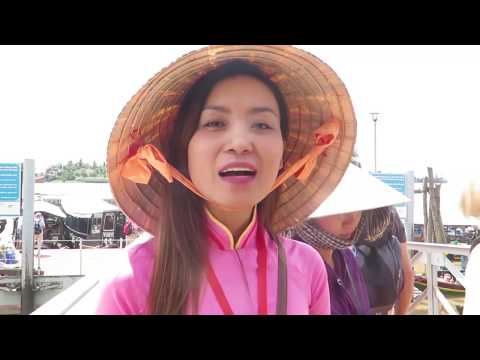 MY THO TOURIST - MEKONG DELTA